We handle a wide range of employment issues and disputes that arise in the workplace and upon termination. These include: 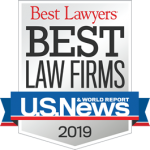